This Government Must Compel Companies to Report Carbon Emissions 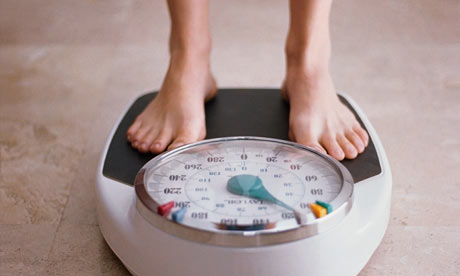 You wouldn’t go on a diet without weighing yourself, and the same goes for carbon emissions. Companies need to know how much they emit so they can reduce it. Photograph: Paul Vozdic/Getty Images

The mandatory reporting of greenhouse gas (GHG) emissions by large companies is an important step to enabling the UK to decarbonise its economy and meet the emissions reduction targets required by the Climate Change Act.

The Climate Change Act requires the Government to introduce mandatory GHG reporting by the 6 April 2012, or it must explain to Parliament why this has not happened. However, despite widespread support from both industry and the public for its introduction, no commitment to mandatory reporting has yet been made by Government.

Within the next couple of weeks the Government is expected to make an announcement on how it intends to establish widespread and consistent GHG reporting. This presents a timely opportunity for the Government to announce a firm commitment to introduce mandatory reporting and set a clear timetable to meet the 6 April 2012 deadline.

To this end The Co-operative, the Guardian Media Group and 180 other businesses and civil society groups, have today written to the Secretaries of State at DEFRA, DECC and BIS. This broad and ad-hoc coalition comprises large businesses such as Aviva, AstraZeneca, BAA, Centrica and Nestle, NGOs such as WWF, Christian Aid and 10:10, and relevant experts such as the Carbon Disclosure Project, ACCA and Trucost. The letter and its signatories can be viewed here.

Voluntary initiatives have had a significant impact in recent years. The Carbon Disclosure Project has achieved much for instance, but their data shows that only 54% of UK FTSE 350 companies reported their carbon emissions publicly in each of the last 2 years. DEFRA’s voluntary guidance, was a welcome step but a recent survey by Deloitte found that just 9% of businesses were reporting their GHG emissions in line with this guidance. Voluntarism has run its course and mandatory reporting requirements must now be introduced as the only way to deliver the required improvements in disclosure.

This would help companies to manage and reduce their emissions and reward those businesses taking a lead in the green economy. Having comprehensive, reliable and comparable information would also help investors to factor carbon risk into their investment decisions and assist them to identify sustainable investments that will help us achieve a low carbon future.

A case in point is the investment in high carbon and capital-intensive unconventional fossil fuels such as tar sands. The oil industry is calling for $379 billion to be invested in the production of synthetic oil from tar sands, which emits on average three times more GHGs than conventional oil production. This epitomises the kind of investment whose true value and risk is obscured by a lack of transparency on emissions and failure to consider future carbon costs. In the absence of greater disclosure investors will continue to back carbon intensive projects such as the tar sands, risking savings and pensions and diverting finance away from low carbon alternatives.

The overwhelming response we received from businesses wishing to sign our letter indicates the level of industry support for mandatory GHG reporting. The CBI has also separately stated its support. There is also clear public support for the measure. The Co-operative surveyed public opinion in over 2,700 of its food stores before Christmas and almost 230,000 customers (72.4% of participants) voted yes when asked ‘Should businesses report on their carbon emissions?’ There is significant support within Parliament also. In October, The Co-operative and WWF co-ordinated the tabling of Early Day Motion 799 – corporate reporting of carbon emissions, co-tabled by a cross party group of MPs the EDM has been signed by 109 MPs to date. (You can contact your MP to ask that they sign the EDM and raise the issue with ministers by clicking here.)

The message for Government should be clear; mandatory GHG reporting is wanted and expected. Any further delay in announcing a timetable means that the uncertainty for business and other stakeholders will continue and the likelihood of meeting the 2012 deadline will greatly diminish. Indeed, such is the level of expectation that any delay could be seen as a backward step and place at risk some of the gains made in reporting in recent years.

Given the challenges that lie ahead, mandatory GHG reporting should only be viewed as a baby step to realising a low carbon economy – but it is an important step that needs to happen soon.

This content is brought to you by Guardian Professional.